6 Surprising Reasons For A Headache 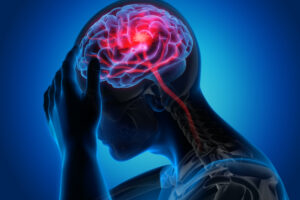 Certain activities, daily behaviors and other factors such as smells, foods and the weather can trigger a headache. Learn how to avoid these behaviors by reading about the following 6 surprising reasons for a headache!

Up to 75 percent of the world’s adults had a headache in the last year. There are over 150 kinds of headaches, from the migraine to the morning headache to the exercise headache to the seasonal cluster headache. All headaches boil down to two main kinds, primary and secondary. A primary headache, such as migraines and tension headaches, happens when the headache itself is the main attraction, with no other underlying cause. A secondary headache is a symptom of another medical condition, such as COVID or a sinus infection. Whatever kind of headache it is, chances are you wish it would it go away, pronto. Many feel resigned to headaches, believing there is no cure and they can only be toughed out. But there are many ways to prevent, treat and relieve headaches.
Some headaches can signal a dangerous condition or stroke and should be treated immediately. Most, however, aren’t emergencies, but that doesn’t mean they should be ignored. Thankfully, an explosion of new treatments, particularly for migraines, has brought relief and hope. All too often, people think there’s nothing they can do about their headache. They might blame the weather, says Jan Lewis Brandes, M.D., the founding director of the Nashville Neuroscience Group, a private headache clinic in Nashville, Tennessee. “Or they may say that, ‘Well, this is a stress-induced headache and there is not really anything I can do about my job stress.’”

1. The smell of perfume, paint or gasoline

People prone to migraines often have heightened sensitivity to a number of senses, including smell, sound and sight. That’s why the smell of perfume, paint or gasoline can bring on a migraine. The migraine brain is sensitive to all kinds of environmental and bodily changes, which includes extreme weather, alcohol and particular foods, and even certain hairstyles. “It’s not that people prone to migraine have only one trigger,” says Rami Burstein, a professor of anesthesia and neuroscience at Harvard Medical School. He adds that when people have recurring headaches, their brains can become attuned to — and at the mercy of — unusual environmental changes, such as weather, or too much sleep or too little. Any deviation from the normal pattern of events can set a migraine sufferer into an attack. In other words, even the subtlest incident can be a trigger.

For relief: Burstein suggests that those prone to migraines find any and every possible way to avoid common triggers. For some, this may mean requesting — and advocating for — a workplace fragrance policy that restricts the use of scented products.

A change in barometric pressure or atmospheric pressure (such as altitude) can trigger a headache attack through changes in the area of the brain that controls pain. External pressure changes may also change the pressure within the sinuses and inner ears, intensifying the experience of pain for those who are predisposed to such sensitivities. Gray skies, high humidity, rising temperatures and storms are common pressure changers. People commonly complain that summer weather can trigger migraines, according to the Mayo Clinic. Sunlight glare, high humidity, extreme heat and dry air are possible triggers. Dehydration can also cause headaches.

For relief: Keep a headache or migraine diary, jotting down any changes in the weather, such as rainstorms, wind or increased humidity. Once you establish a relationship between weather and your migraines, you can potentially pretreat them with the appropriate medication.

In some people, tyramine, a naturally occurring substance found in aged cheeses, smoked fish, cured meats, bacon and some types of beer and wine, is thought to trigger migraines. Tyramine has long been a scapegoat for dietary-induced migraine, but research is not conclusive. A small number of people with headaches are affected by tyramine. Not only are food triggers rare, but they are sporadic. “When food triggers migraines it’s inconsistent, sometimes yes and sometimes no,” Burstein says. ​Brandes has found that among her patients, the biggest culprit of food or drink triggers is alcohol.

For relief: If you do think there’s an alcohol-migraine connection at play, note that beer, especially tap or home-brewed beer, red wine, vermouth, sherry and some liqueurs all have high amounts of tyramine. See if switching over to white wine or spirits such as rum, vodka or gin is less of a migraine trigger. If that doesn’t work, consider limiting or omitting alcohol.

A simple ponytail, French braids, cornrows, a tight wig or headband, and a tight topknot can all exert pressure on the scalp. Because migraine sufferers are sensitive, a ponytail headache, which gives new meaning to a bad hair day, comes down to an oversensitive scalp.

For relief: Avoid tight ponytails. A loose bun with a soft scrunchy may not have the same effect. (And the iconic ’80s hair accessory seems to be back in style.)

Sometimes referred to by its official name, coital cephalgia, the sex headache — a headache brought on by sexual activity — is a real phenomenon. One of the most disconcerting kinds of headaches, it can present in two ways: as a dull ache in the head and neck that intensifies as sexual excitement increases, or as a sudden, thunderclap headache that occurs just before orgasm. “They are terrifying. People are in the middle of a sexual activity, about to orgasm, and all of the sudden it feels their head is about to blow off,” Brandes says.

But most sex headaches, while excruciating, are nothing to worry about. They resolve on their own and are not symptomatic of an underlying condition. Because sex headaches can be linked to a brain tumor, if you do suffer from them, doctors recommend brain imaging such as an MRI to rule out a more serious cause.

For relief: If you suffer from frequent sex headaches, you can take preventive prescription medicines before you plan to have sex. Typically, these kinds of headaches occur in clusters and then go away, never to recur.

Also called the rebound headache, a medication overuse headache occurs when certain medications are used too frequently. “This kind of headache is more likely to occur with prescription pain drugs such as opioids, if taken more than eight days a month,” Burstein says. But even over-the-counter pain drugs such as aspirin, acetaminophen (Tylenol) or ibuprofen (Advil) — if taken for more than 15 days a month — can be a trigger. It’s a catch-22, because you need to treat the headache, but then the treatment itself becomes the problem. “Medication overuse has a negative connotation, as if people are doing something wrong. But people are trying to be functional and get rid of the headache by beating it down. The medication helps, but does not stop the headache, which rises again and they are not able to break the migraine attack,” Brandes says. To stop the cycle, the goal is to cut back on the medications, taking them less than three times a week.

For relief: A new crop of migraine drugs, called CGRP (calcitonin gene-related peptide) inhibitors, can reduce medication overuse. This class of drug targets and blocks CGRP, a small protein that circulates in the head and the neck during a migraine.

Whatever your headache trigger is, it’s important to take a proactive approach to treating your headaches, especially migraines. Otherwise, headaches beget headaches. “More headaches will decrease the threshold of initiation for the next migraine attack,” Burstein says. “That’s why the patient needs to treat the migraine and try to minimize it.” Migraines won’t simply go away on their own. But with the right treatment, you can make them less frequent, shorter and surprisingly tolerable.

What Is Cervicogenic Headache?
March 2, 2022

Housekeeping With Back Pain
September 10, 2020