Low Back Pain Afflicts Millions Around the World 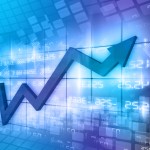 Low back pain is on the rise and causes more global disability than any other condition, according to two studies from Australia.

In a second study appearing in the same issue of the journal, other researchers looked specifically at the global burden of low back pain as a result of exposure to occupational ergonomic risk factors. They estimated that worldwide ergonomic work exposures were responsible for 21.7 million DALYS in 2010.

The analysis by Hoy’s group was part of the Global Burden of Disease (GBD) 2010 study. Out of 291 conditions evaluated, low back pain ranked highest in terms of years lived with disability and sixth in DALYS, the authors said.

They reviewed 117 studies and 780 estimates of burden of disease for low back pain, including data from 85 countries, and 20 of 21 world regions covered by the GBD study. The majority of studies used in the analysis included both men and women, a broad age range, and urban and rural populations.

In the GBD 2010 study, low back pain was deﬁned as “pain in the area on the posterior aspect of the body from the lower margin of the 12th ribs to the lower gluteal folds with or without pain referred into one or both lower limbs that lasts for at least 1 day.”