Spine Pain Most Common Cause of Evacuation for Modern Veterans

Andrew Bouwma worried he wouldn’t be able to pick up his 3-year-old daughter and newborn son. His back was killing him.

An Army infantryman who served a tour in Iraq, Bouwma wore an extra 50 to 60 pounds every day on foot patrols. Clad in helmet and body armor weighted down with a medical kit and extra ammunition pouches, Bouwma crouched inside Stryker vehicles and jumped out small hatches, contorting his body. He also was shot in the hip in 2006 in Mosul and began favoring one side during rehabilitation, adding to his back pain.

“There’s a lot of things I’m not really able to do anymore,” Bouwma said.

Bouwma, 27, of Racine, is part of an alarming rise in the number of Iraq and Afghanistan veterans suffering from spine pain. While amputations and traumatic brain injuries from improvised explosive devices have become the signature wounds of those wars, musculoskeletal and spine pain are by far the most common cause of evacuation from Iraq and Afghanistan.

Among the key findings in studies published in a recent edition of The Spine Journal: 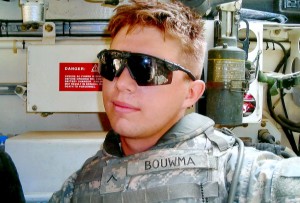 “We see quite a bit of spine pain among returning veterans,” said Tom Kotsonis, a staff physician in physical medicine and rehabilitation at the Zablocki Veterans Administration Medical Center in Milwaukee. “The vast majority of young combat veterans we see are suffering from neck and back pain.” The number of people getting evacuated from war zones for back pain has been as high as 60% of the wounded, said Eugene Carragee, a physician who edited The Spine Journal’s September issue, which was devoted to the casualties of war.

That’s a huge problem for commanders worrying about troop strength in war zones. And it’s a problem for the military members when they come home and try to resume their lives.

“These numbers were shocking to us,” said Carragee, who retired as a lieutenant colonel in 2010 and served as command surgeon for a special operations unit in Iraq and Afghanistan. “That’s completely different from anything seen before. In Vietnam and Korea it was mainly infectious diseases and heat and cold injuries as the reasons why people were evacuated. This isn’t taking people off the line for a few days, these are people air- evacuated to Landstuhl” Regional Medical Center in Germany, Carragee said. 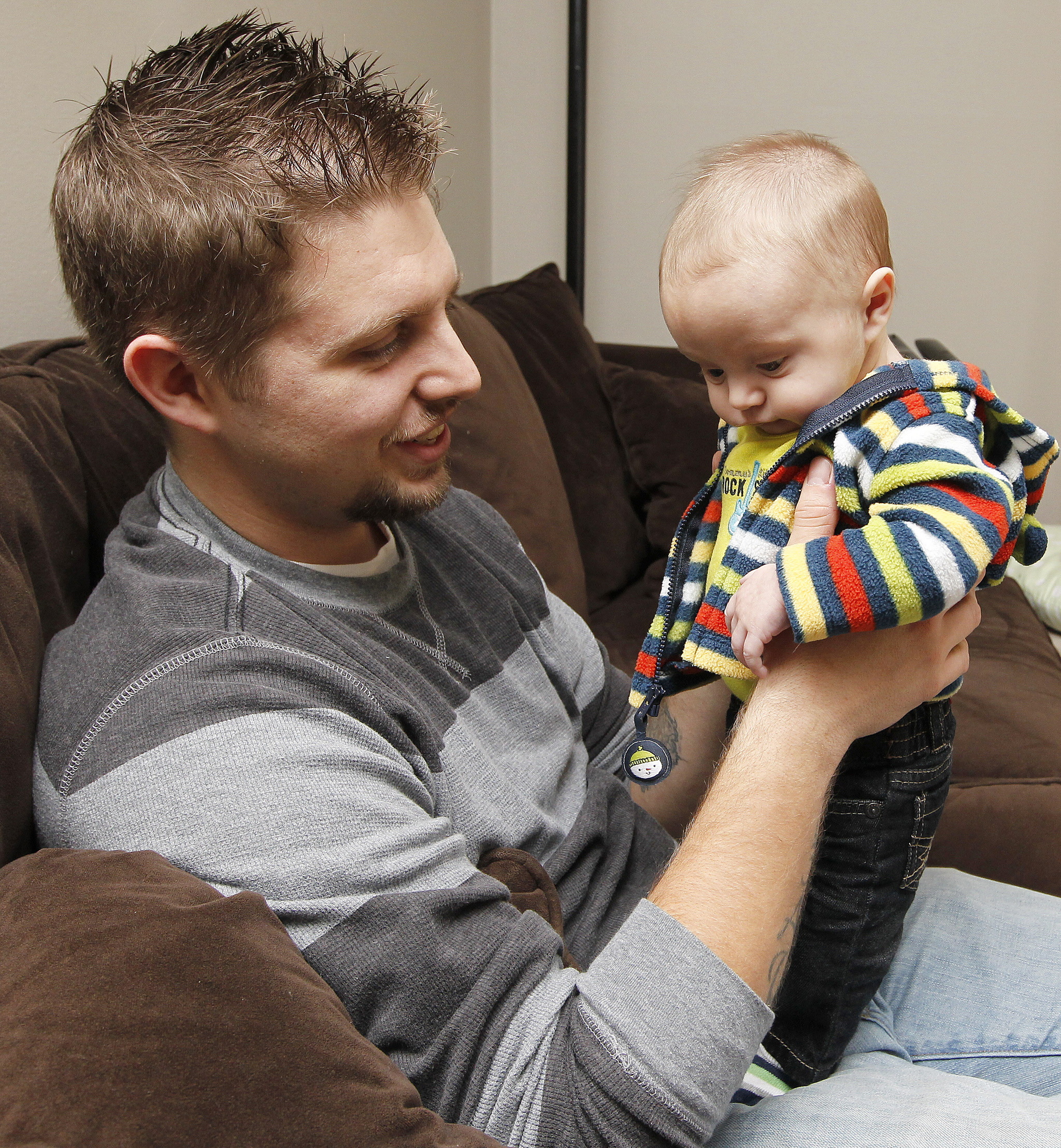 Andrew Bouwma of Racine holds his son, Maddox. Bouwma has suffered from severe lower back pain since doing a tour of Iraq in 2006. © Gary Potter

Not just front-line troops
Carragee, who earned a Purple Heart in a suicide bomber attack in Iraq in 2008, said the vast majority of troops in war zones suffer from bad backs, a reflection of the heavy loads they carry and their high-intensity activity. But the studies noted that back injuries were found not just in front-line troops but also among all deploying military personnel, even those with desk jobs.

“It didn’t correlate with combat intensity either, which is when you think people would get more knocked around and more likely to wear their body armor 24/7 and carry more ammunition. It was the inverse. It was the slow times when (medical evacuation for noncombat spine pain) was higher,” Carragee said. “I don’t think the soldiers are fabricating the back pain or malingering. I think it’s much more complex. But when soldiers are really in the fight, they do their duty and take care of the people around them. They’re very resilient,” Carragee said.

Hariharan Shankar, director of the pain clinic at Milwaukee’s VA hospital, estimated that three-quarters of the veterans seeking help at the pain clinic suffer from back pain, specifically lower back troubles. Of that amount, about a third are recent combat veterans.

The causes for their back pain range from heavy lifting, trauma and falls in combat zones to a genetic predisposition for weaker spines. Usually by the time veterans show up at the VA hospital in Milwaukee, they already have seen their primary care physician for help and tried physical therapy or medication or both. When their backs continue to hurt, they’re referred to the musculoskeletal or pain clinics at the VA.

“Ninety percent of back pain gets better in three months without treatment. We tend to get the 10% suffering from acute pain,” Kotsonis said.

Treatment includes physical therapy and exercise, bracing, medication, injections and acupuncture as well as surgery for severe cases. At Milwaukee’s VA, patients can take yoga classes to strengthen their back and core muscles, and the hospital is planning on offering tai chi classes soon, said Judith Kosasih, chief of the polytrauma support clinic team.