Back Pain Conditions That Affect Women 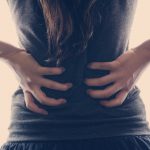 When it comes to chronic pain, men and women are not created equal. Women are over-represented in the ranks of those dealing with chronic pain.

A relatively uncommon cause of chronic pain in women is coccydynia, or tailbone pain. Your pain can come on gradually or suddenly after an impact to the area at the end of your spine. The tailbone is often painful to the touch, so sitting, horseback riding, or anything that puts pressure on the area hurts. Constipation adds to the pain, but the pain is lessened after a bowel movement. Women are 5 times more likely than men to develop coccydynia. Pregnancy-related injuries and the less-protected position of the tailbone in women are considered major reasons for the disparity.

During childbirth, the pressure of the baby’s head against the coccyx can injure the area. One research study of women with coccydynia found a connection between the condition and births that were described as difficult. While coccydynia is most often caused by childbirth or a backward fall, doctors can’t always pinpoint the cause. The coccyx isn’t flexible enough to bend with pressure, resulting in injury to the coccyx, the nearby ligaments, or both. Coccydynia affects women of all ages, but age 40 is the average age of onset. It usually goes away in weeks or months, but it can become chronic and impact daily life, preventing you from driving or bending over without pain. Rarely, coccydynia may be due to a tumor or infection.

This article was originally posted on Spine-health.com.