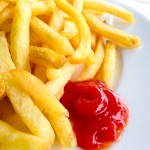 (Reuters Health) – People with chronic low back pain enjoy high-fat foods less than others, and don’t feel satiated by them either, a small new study suggests.

“Patients who suffer from chronic low back pain might be at risk of overeating, especially from the highly palatable energy dense food,” Dr. Paul Geha told Reuters Health in an email. “I would advise them to stay away from a diet rich in such foods (such as fries, pudding etc.) and develop habits of eating from healthier choices.”

Geha led the new study at the Yale University School of Medicine in New Haven, Connecticut. He and his colleagues recruited 18 people with chronic low back pain and 19 healthy participants to serve as a comparison group. The participants were first instructed to taste and rate how much they liked four samples of pudding that were made with different amounts of fat. The procedure was repeated with orange-flavored drinks that contained various amounts of sugar. Participants returned on a different day and were told to eat as much of their favorite pudding as they liked. Then they rated how full they felt.

During the first session, people in both groups rated the puddings similarly for flavor, but those with back pain didn’t like them as much as the healthy participants did. The pain-free participants rated the puddings between “like moderately” and “like very much” and the back pain patients rated them between “like slightly” and “like moderately.” People in both groups liked the orange drinks about the same.

On the return visit, the researchers found that healthy participants who liked the pudding more ended up eating more of it. But that wasn’t the case among people with back pain. Healthy people also reported feeling less hungry when they ate more calories of pudding – but again, that association didn’t occur among back pain patients, the researchers reported in Pain. Geha said people with chronic back pain might not be able to derive as much pleasure from eating as others.