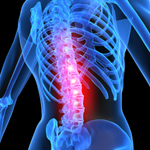 For patients with painful spinal disorders, there is a strong, clinically significant association between smoking cessation and improved patient-reported pain scores, according to a study published in the Dec. 5 issue of The Journal of Bone & Joint Surgery.

Using a prospectively maintained database, Caleb Behrend, MD, from the University of Rochester in New York, and colleagues examined the records for 5,333 patients with axial or radicular pain from a spinal disorder. The authors examined the effect of smoking history on the patient assessment of pain on four visual analog scales during the course of care.

“Given a strong association between improved patient-reported pain and smoking cessation, this study supports the need for smoking cessation programs for patients with a painful spinal disorder,” the authors write.

One or more of the authors received payment or services in support of an aspect of this work, and disclosed a financial relationship with an entity in the biomedical arena.