Your Smoking Habit Can Cause Chronic Back Pain 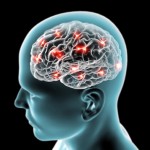 Can’t shake your aches? Blame the stuff you puff: Smoking can increase your risk of developing chronic back pain, says new research from Northwestern University.

In the study, people with subacute back pain—soreness that lasted between 4 and 12 weeks—who smoked were three times more likely to report chronic aches a year later than those who didn’t light up.

The researchers used MRIs to analyze the activity between the nucleus accumbens and medial prefrontal cortex—two key brain areas that play a role in addictive behavior, reward, and motivation. When this connection is super strong, people are more susceptible to developing persistent pain, regardless of their smoking status.

Then how do the cigarettes factor in? That same circuit also fires when you smoke, which suggests that lighting up might influence your susceptibility to lasting aches, too.

“We think that smoking is changing how that pain signal is interpreted and processed in the brain,” says study author Bogdan Petre.

So it wasn’t really a surprise that when some study participants chose to kick their habit, the activity in that brain connection dropped dramatically—suggesting their chances of developing chronic pain might also decrease.

The simple takeaway? No question: Stub out your smokes. If you’re dealing with a throbbing back, quitting can help prevent it from becoming a more permanent pain.

And while you’re kicking ash, ask your doc about what pain pills you should be taking. The researchers also found that early use of medication like NSAIDs can reduce your risk of turning into a long-term sufferer.