5 Natural Back Pain Remedies That Work 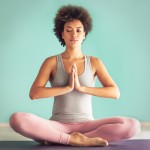 Lower-back problems are the number two reason people visit a doctor, second only to the common cold and flu. If you’re prone to pain, you may already be treating it with over-the-counter medications, or trying to prevent it by strengthening your core and back. Consider these natural back pain remedies as another weapon in your arsenal.

Yoga
People who took a weekly 75-minute class for 12 weeks found that they had diminished lower-back pain symptoms and less need for pain medicine than those who didn’t, according to a 2011 study in Archives of Internal Medicine. Can’t stomach downward dog? Researchers found similar results among those who took a 50-minute weekly intensive stretching class instead.

Osteopathic Manual Therapy (OMT)
Six sessions of OMT—during which a doctor of osteopathy stretches and uses gentle pressure on muscles and joints—led to substantial improvement in about half of people with lower-back pain after 12 weeks, according to a University of North Texas Health Sciences Center study published last March. Nearly two-thirds reported moderate improvement. 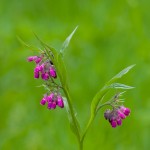 Comfrey Root
Using an ointment that contains this plant-based extract reduced lower-back pain by 95%, according to a 2009 study conducted by Merck and published in the British Journal of Sports Medicine. Look for comfrey-root ointment in health food stores or online. Just don’t use it for more than 10 days at a time—it can be toxic.

Acupuncture
It may relieve lower-back pain more effectively than medicine or physical therapy, according to a 2009 study done at Group Health Cooperative for Health Studies in Seattle and Northern California Kaiser Permanente in Oakland.

Massage
A third of people who got one weekly for 10 weeks reported significant relief from their lower-back pain, compared with 4% who didn’t go for rubdowns, according to a 2011 study in The Annals of Internal Medicine.

What to Expect When Becoming A New Patient
February 1, 2023

A Look at the Benefits of Standing Desks
January 9, 2023