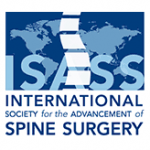 Our own Richard Kube, MD recently presented at the recent International Society for Advancement of Spine Surgery 2015 Conference, the largest of its kind in the world, which took place in San Diego, California.

The ISASS15 Scientific Program featured three symposia during which presenters and attendees examined and discussed the hottest topics in spine surgery, including debates by leading surgeons on current controversial topics in the field. No only did Kube contribue to the Symposium: Spine in the Out–Patient Surgery Center (ASC). The Future? — Economics of Out-Patient Spine Surgery, but also acted as a Reviewer on the Program Committee for the event. 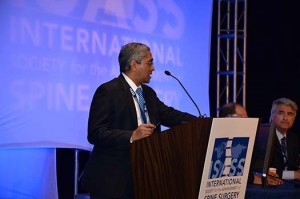 The Biomechanics Session, helmed by Lisa Ferrara and Boyle Cheng, showed that, while ISASS is known to be the surgeon’s choice, we’re no slouch when it comes to catering to scientists too. Though the session began early Friday morning, the Hall’s packed! Presentations examined the effects of sagittal imbalance on adjacent segment disease incidence, disc space distraction’s effects on postop motion, thoughts on subsidence, and sagittal imbalance’s effect on muscles (to recover horizontal gaze, muscles shorten, and pain and headaches may result).

A symposium on ambulatory spine centers kicked off after a brief break with continental breakfast. Presenters focused on economics, the logistics of outpatient treatment, handling anesthesia, and overall challenges facing this movement to lower costs and provide better, easier care for patients. From basic science to the nuts-and-bolts of practice management, ISASS has something for everyone! 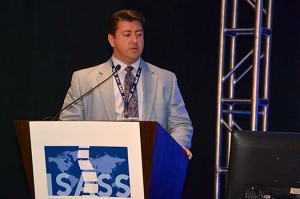 The Cervical Session, led by Gunnar Andersson and Luiz Pimenta, examined the effects of prior cervical surgery on surgical outcomes, as well as how cervical spondylotic myelopathy presents itself and has been treated in the past 10 years, and a large databse study comparing healthcare resource utilization between ACDF and cervical joint arthroplasty. Pierce Nunley continued the discussion of heterotopic ossification from yesterday, this time in the context of two-level endplate coverage. He found a significant gender disparity in HO incidence.

Friday afternoon concluded the ISASS15 Scientific Program with the Lighting Round and a General Session for Clinical and Basic Science. Additionally, attendees were able to optionally attend the Basic and Advanced Endoscopic Spinal Surgery: Indications, Techniques, and Complication Avoidance course chaired by James J. Yue, MD and Anthony Yeung, MD.

Thanks to all that contributed to this year’s informative ISASS15 meeting. Watch your inbox next week for ISASS15 CME information.

ISASS – The International Society for the Advancement of Spine Surgery – Is a global, scientific and educational society organized to provide an independent venue to discuss and address the issues involved with all aspects of basic and clinical science of motion preservation, stabilization, innovative technologies, MIS procedures, biologics and other fundamental topics to restore and improve motion and function of the spine for: surgeons, scientists, inventors and others. ISASS is dedicated to advancing major evolutionary steps in spine surgery.

This article originally posted on ISASS.org.

Tips for Snow Shoveling: How to Avoid Back Pain
December 5, 2022

How to Treat Chronic Back Pain for Long-Term Pain Relief
October 31, 2022
Go to Top