Yoga Could Decrease Costs, Sick Days For People With Chronic Back Pain 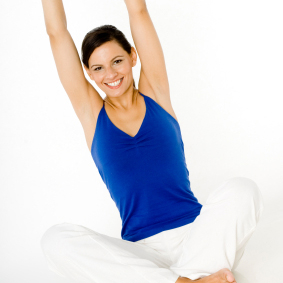 People with chronic low back pain may want to try taking to the yoga mat to relieve their symptoms, a small new study suggests.

Researchers from the University of York in the United Kingdom found that back pain sufferers who participated in a group yoga program for 12 weeks had fewer medical costs and fewer missed days from work, compared with people who didn’t participate in the yoga program.

“We welcome the fact that not only has yoga been found to help people manage their back pain, but that it is also cost effective, and results in fewer sick days,” Alan Silman, medical director of Arthritis Research UK, which funded the study, said in a statement. “It is another option for people who are struggling to manage their condition, and one that encourages the move to self-management.”

The researchers found that each person was able to participate in the yoga intervention at a cost of less than 300 pounds ($472 in U.S. dollars). And people who participated in the yoga program also took fewer sick days from work than people who only received the standard care.

Yoga has been shown in past studies to aid in back pain relief. Researchers found that yoga classes or stretching classes helped people with chronic low back pain to manage their pain, compared with just using a “self-care” book, according to a 2011 study in the Archives of Internal Medicine.

And “several other studies — all smaller than ours — have found that Iyengar yoga and general Hatha yoga are helpful for persons with back pain,” study researcher Karen Sherman, Ph.D., of the Group Health Research Institute, earlier told HuffPost. “My guess is that any therapeutically-oriented style of yoga could be helpful to people with chronic back pain.”